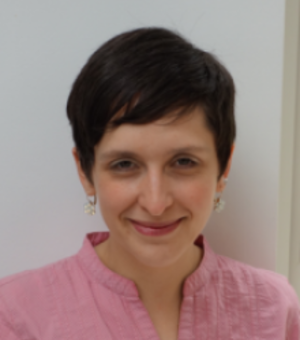 My research focuses on Christian social and political engagement, and particularly on theological, ethical and practical responses to migration. In addition to articles in journals and books, my publications include a monograph—Asylum-Seeking, Migration and Church(Ashgate, 2012)—and two co-edited volumes—Church in an Age of Global Migration: A Moving Body(Palgrave, 2015) and Intersections of Religion and Migration: Issues at the Global Crossroads(Palgrave, 2016). I am currently exploring contours and practices of hope in the face of global ethical challenges.

I am a Fellow of the Higher Education Academy, and a member of the American Academy of Religion, Society for the Study of Christian Ethics, and British and Irish Association for Practical Theology.

Snyder, S. 2016. ‘Faces of Migration: US Christianity in the Twenty-First Century’, in Christianities in Migration: The Global Perspective, edited by E. Padilla and P. Phan, New York: Palgrave Macmillan.

Snyder, S., Kassam, K., Rowlands, A. and Massoumi, N. 2013. ‘Theologies of Migration: Muslim and Christian Perspectives’, in Rescripting Religion in the City: Migration and Religious Identity in the Modern Metropolis, edited by J Garnett and A Harris. Farnham: Ashgate.

Snyder, S. 2013. ‘Displacing Theology: God-talk in an “Age of Migration”’, in Home and Away: Contextual Theology and Local Practice, edited by S Burns and C Pearson. Eugene, OR: Wipf and Stock.